At Barcode-IT we have embraced and love Android powered industrial and warehouse mobile computers. We have learned how best to use them and how to configure them for best customer performance.

However recently we have come across an issue that we did not anticipate and which caused our customer serious problems.

We work with this customer to choose and configure some Zebra Mobile computers, which were running an SAP S/4 Hana mobile client.  The customer was very happy and everything worked well. 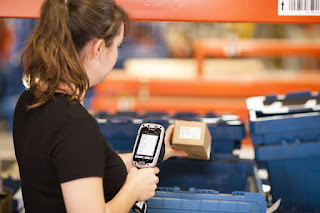 Unfortunately as is the case sometimes, for the 2nd round of supply, the customer purchasing dept. opted to buy additional devices from another supplier, who specialists in internet sales and does not offer any advice or end user assistance, (you know who I mean!).  But hey what could go wrong? They had the exact model part number that we had supplied previously and so chose the cheaper supplier.  They had our config for the mobile devices and loaded the SAP client, but immediately ran into problems, the SAP client did not work as expected, the screen did not look the same and some barcodes had missing characters at the end, or did not automatically move to the next field.

The customer complained to the SAP supplier, who quite rightly said that the same client was running on all the devices.  Eventually after trying and failing to get assistance from the internet supplier, with tail firmly between legs, they turned back to Barcode-IT to ask why our devices worked but the same device from the other supplier did not.

After agreeing a fee to examine this problem (which was probably more that the saving made buying from the big internet supplier ) our technicians found the problem.  The Android version was a higher revision on the new devices!  Same part number, identical config, but some subtle difference in the underlying OS was changing the way that the SAP client interacted with the mobile device.

It was not the SAP software suppliers fault, his SAP client could be made to work on either device, but with slightly different configs, for how the screen was displayed and how the barcode scanner sent data to the software. We gave the customer two options, run the devices with two different configs ( a potential nightmare for the future ) or downgrade the new device to the original version of Android, which is fortunately possible, thanks to Zebra's Enterprise grade products.

Remember, Android is a mobile phone operating system underneath and is updated much more often than an Enterprise industrial mobile device.

Two big points to take from this tale.
At Barcode-IT we stage all the devices before delivery, ensure the Android is the same version as that tested in the field and config the devices to be ready to work immediately.  Something that all good suppliers should do.

Barcode label printing can seem a very complex process, with labelling standards, barcode size and quality to worry about, and on top of that the label printer, label material and barcode print quality.

While this whole process may seem daunting, actually a few simple rules govern the use and printing of barcode labels and a professional specialist business should be able to guide you to the right solution.
So the real advise is, Use a Professional Supplier to buy the whole solution.  Avoid buying the separate items, Software, Printers, Labels, Ribbons for different suppliers.

The reason for this thinking is that without understanding the whole process of what you need barcode labels for, what your business is and what the labels are used for, it's impossible to specify the right combination of products.

So if you are ready to implement a sophisticated barcode label printing solution, just pickup the phone and call the professionals at Barcode-IT on 01200 441977, or send us an email to sales@barcode-it.co.uk.