2D barcodes, such as QR and Datamatrix, have been around now for a long time and with fast reading and the ability to withstand transit damage, they are the perfect way to carry quite large amounts of data.

But if that's the case, why have they not been more widely used until recently?  The simple answer is the technology to read them has until been too expensive.  Simple barcodes can be read with a scanning laser or simple LED, which while rare and expensive when invented are now so commonplace that they are in many household devices and so have become very cheap. 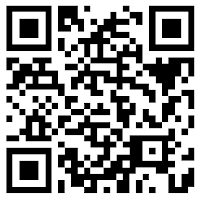 However 2D barcodes need a different approach , where the whole barcode image is captured in one go, either by a camera, like when you use an iPhone, or using a simple camera like device called an Imager.

This has now caused an explosion in interest in  2D barcodes with many barcode scanners reading both 1D and 2D barcodes as standard. In fact 2D codes are now becoming so easy to read that many websites are advertised with a large QR code that can be read with any mobile phone.

But for commercial applications in the real world of products and logistics, it has been the adoption of Worldwide standards that has leveraged the power of 2D barcodes, using the ability to encode large amounts of data, that can be easily captured.

One example of this is the recent use of DataMatrix 2D codes to record individual serial numbers on prescription drugs and pharmaceuticals. From 2019 all drugs must have a serial number that uniquely identifies the specific box being dispensed. This is so that counterfeit drugs and black market pharmaceuticals can be identified and kept out of the drugs market. Only made possible by the use of 2D barcodes, in this case DataMatrix. 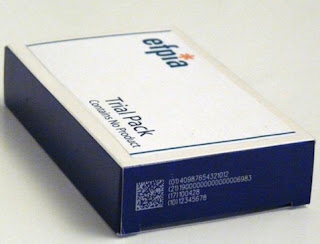 Other important applications include the routing of parcels and tracking data in the warehouse.

For further information on 2D barcodes and how they might impact your business, call the sales team at Barcode-IT on 01200 441977 or email sales@barcode-it.co.uk.
Posted by Barcode-IT at 09:50